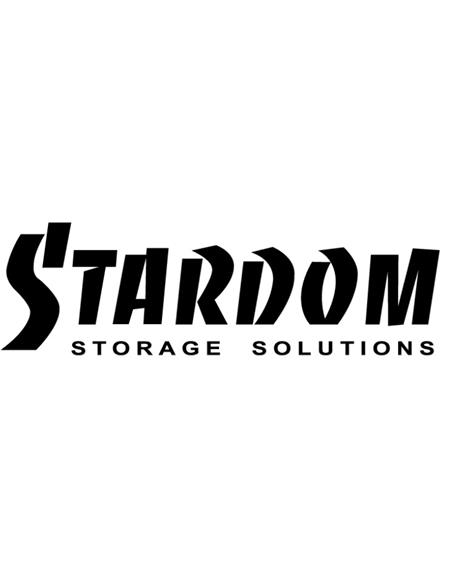 The fastest, most versatile I/O in any desktop. Of any size.

Thunderbolt 2 technology in ST4-TB is phenomenally fast. The two Thunderbolt 2 ports on ST4-TB features dual 20-Gbps channels for data transfer and thats up to four times faster than USB 3. But beyond speed, Thunderbolt gives you unprecedented expansion capabilities. You can daisy-chain as many as six Thunderbolt devices to a single port. And since Thunderbolt is based on Display Port technology, Mini Display Port devices like Apple LED Cinema Display can plugs right in, too.

The new ST4-TB is equipped with RAID 0 storage mode, which enables user to attain up to 724MB/s read speed with ST4-TBs Thunderbolt transmission interface. Whether it is used for searching and editing photo galleries, or video editing and synthesis, it promises to deliver a smooth and easy operation.

The ST4-TB has a sleek exterior design thatll never go out of style when placed next to your Mac. Its also built tough with three millimeter thickness aluminum to shield the enclosed drives durably and to dissipate the heat created by the drives faster for the drives to work comfortably.

The ST4-U5 is a quadruple drive storage enclosure system that supports the latest 3.5" and 2.5" SATA and SAS hard drives to deliver high-capacity data storage solutions. Featuring flawless structural design, optimized internal configuration, and a durable aluminum casing to protect your internal drives, the ST4-U5 is perfect for creative and highly mobile professionals.

The ultimate all-in-one demands the most advanced I/O technology. Each tiny Thunderbolt port lets you expand the capabilities of your Mac for connecting high performance peripherals, transfer data at high speed, or even daisy-chain multiple devices. And the new iMac with Retina 5K display has Thunderbolt 2 built-in, delivering twice the bandwidth - up to 20 Gbps - for the fastest data transfers.